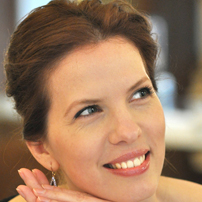 
Henriett TUNYOGI, ballerina, actor, director and choreographer born in Tata, Hungary, lives in London and Budapest ? an artist who was awarded one of the highest Hungarian state decoration, the Hungarian Order of Merit, Officer?s Cross for services to Art and Culture ? was the only Hungarian participant of the Woman Economic Forum which was organised in May 2016 New Delhi and where women from more than 90 countries got together. Henriett was also awarded the ?Iconic Woman in connection with people and culture? prize, which was presented to her by Dr. Harbeen Arora, the founder of WEF. Henriett was bestowed an honorary lifetime membership or ALL (All Ladies League).