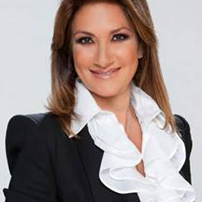 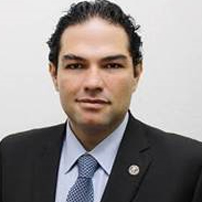 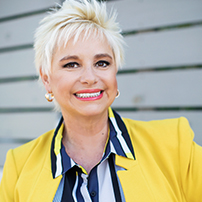 
Mayte Prida is a TV and Radio Host, an Author, a Motivational Speaker and one of the 20 most powerful and influential Latinas in the US according to People Magazine, and according to CARAS Mexico, one of the most admirable Mexican Women. Mayte was born and raised in Mexico City, Mexico. She graduated with a BA in Media Communications from Our Lady of the Lake University in San Antonio, TX. Mayte began her career as a local news reporter for KWEX ?TV channel 41 in SA, Texas, and went on to anchor the evening news. She was responsible for the national news breaks on the SIN (now Univision) Network. She was recruited by KMEX-TV in Los Angeles, CA to anchor their daily news programs. Later, as a host and producer of ?America?, a national Univision program she quickly reached one of the top positions in the Hispanic news world of the United States. During her professional life Mayte has navigated from the newsrooms (Univision/Telemundo), to the recording studios (Latin Sound Network, Sony Music); to the hosting and/or production of several television shows (Univision, Telemundo, Mundo Fox, PBS, IFC). She currently hosts her International TV show Mejorando tu Salud con Mayte Prida (Azteca Mundo) and her daily Radio talk show Arriba con Mayte (Grupo Radio Centro), and is a judge in the reality TV show Star Designer Mexico. In 2001 adversity struck Mayte as she was diagnosed with breast cancer in an advanced stage. She wrote her ordeal in her first book ?A Difficult Journey, my battle with cancer? and documented her first year fighting the disease with the hopes of helping other people affected by cancer. That opened her doors to the national and international markets as an author where she has become one of the top bestselling authors of self-help and personal growth books such as ?How to Transform your live and start again/Como transformer tu vida y empezar de nuevo? ?Living without fear/Aprendiendo a Vivir sin Miedo?, ?Awaken your Inner Goddess/Despierta a tu Diosa Interior?, which are three out of her ten book currently in the market. Mayte has been is a keynote and guest speaker around the world. Her conferences are attended by thousands as she has become the face of hope and strength. She has been the spokesperson for several companies while speaking on health issues for minorities Mayte?s hard work and determination has been recognized with several awards among them The Eagle Fly Free Award by the Institute for the Advancement of Multicultural Minority Medicine alongside former president Bill Clinton, a Doctorate Honoris Causa from the Mexican Institute for Excellence Leaders, among several others that she has received for her humanitarian work. Mayte Prida is a source of strength. On radio, television, through her articles on newspapers or on the Internet, she is the friend that knows how to reach peoples? hearts. Mayte has two children, Tommy and Isabella and is currently living in Mexico City, Mexico.