Erika Mikaelsson, born in Sorsele, Sweden, in April 12 1953 ,has an academic degree in Journalism (Gothenburg University) 1976 she became the first female sports journalist in Sweden She has worked over 20 years as a news journalist in news papers, local radio stations and at a regional TV-station, before she in 1990 entered the national late night news as an anchor woman and editor. She also worked as a news reporter and was an editor for the foreign news in the morning national TVnews broadcasts. As early as 2005 she started a good news channel that 2010 became greatpeople.tv. 2012 she travelled with her team to Uganda to educate young women as grass root reporters in constructive journalism. She has written 5 books, among them the latest titled ?Good news for an even better world?. That is a description of the big change that is taking place in the media area in Scandinavia and soon in the rest of the world. She has been a guest teacher in Halmstad University and is now a project leader for a refugee project in her town of birth, Sorsele Sweden. Back to her roots in Swedish Lapland Erika Mikaelsson has also made a documentary. The movie The Nordic Sound, is about a sami rock singer searching for the origin of music. The composer Benny Andersson, World known from the pop group ABBA is also performing in the movie. Last but not least: She is a proud mother of a 23 year old daughter, now studying to become a waldorf teacher in Stockholm. 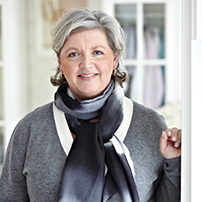 
Marie Lundström is a great fan of people’s life at home, form and colour. “I set the creative process with high ambitions – work with great insights and turn them in to practical and beautiful Home furnishing solutions.” Im working as a creative director for IKEA in India. As part of the management group of IKEA India I work in a holistic way to position IKEA as a Leader in Life at home bringing in the humanistic dimension to strengthen our business dimension. It is when we combine both that we will be able to connect to the Indian consumer and the Indian society in a much stronger way. This is a quite new approach to lead through Life at home, in four dimensions: • Range strategy, working in close cooperation with IKEA of Sweden/Product Development Centre • Communication & Interior design as well as Range presentation & Visual merchandising. • Solutions and range for low income households, like “Housing for all” social projects. • Promoting the value of Home furnishing and competence both inside and outside IKEA. I started in IKEA 1978 as Interior designer in the Kungens Kurva store Stockholm Sweden, and then moved on to work with build-up’s throughout the world for a long period. During this period I also started up IKEA North America as Country Communication & Interior design manager. Since then I have experience from being Communication & Interior design manager Inter IKEA Systems BV in Delft where I also worked with conceptual work & training programs, as well as from being Creative director at IKEA Communications. To lead through people’s everyday life, and adding all dimensions of Democratic Design, I really feel I’m contributing to more dimensions then just the cosmetic aspects of Home furnishing. I’m a passionate woman, with ‘life at home’ and a future full of creative ideas that’s good for all of us and the planet at the centre of my heart! 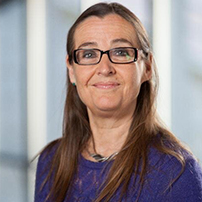 
I have served as an MEP since 1 July 2014. As a Green, I am working to find decent solutions to migration policy for refugees as well as economic migrants. Short-term goals include creating legal avenues to the EU and open, humane migration policies as well as shared responsibility amongst the member states. Long-term goals include reducing the risks of conflict, fighting effectively against poverty, fair trade and climate justice. I am passionate about is European arms exports. As a member of the Swedish parliamentary committee inquiry concerning the investigation on arms export controls (“KEX”), I pushed for tougher regulations to prohibit Sweden from continuing to sell weapons to non-democracies and countries that violate human rights. Part of my past lies in Catalonia, where I got the opportunity to start one of the very first organic crop farms high up in the mountains some years after Franco died and Spain became a democracy. Living in the transition from dictatorship to democracy strengthened my commitment to democracy and human rights and forms the basis of my work for the rights of minorities, regardless of country. In Parliament, I have several duties. I am member of the Committee on Civil Liberties, Justice and Home Affairs (LIBE), the Committee on Petitions (PETI), the Subcommittee on Security and Defence (SEDE), as well as substitute member of the Committee on Foreign Affairs (AFET). I was responsible for migration and foreign affairs, and later was put in charge of global justice issues such as climate, peace, aid, trade, arms exports and more.